What a beautiful Spring day to be working outdoors in the Yorkshire Dales! The daffodils were glorious in the churchyard of St Mary’s Church in Conistone-with-Kilnsey as we started on our detailed survey of the gravestones. 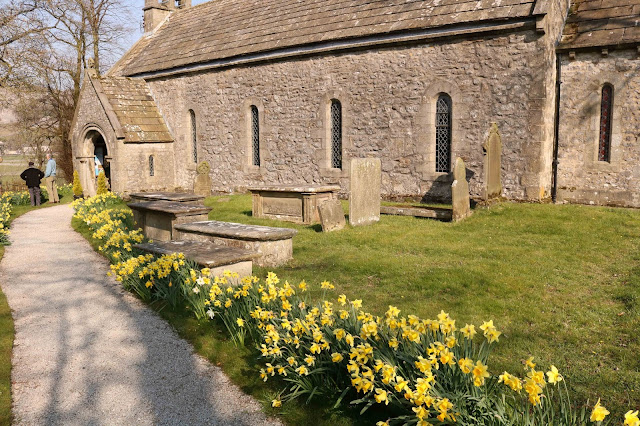 The lovely ancient church was extensively renovated by the Victorians but still retains its charm and some of its Norman features. Outside there have obviously been many removals of headstones over the centuries but there are some nice 18th Century examples, including a few chest tombs on the south side. 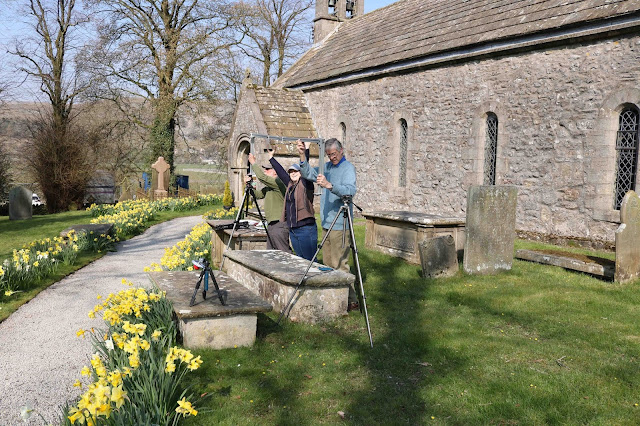 The idea was to start right away on the RTI of the latter as they are at risk of becoming so weathered as to be illegible. But there were technical difficulties with the camera and flash unit and poor Alan had to give up after a long morning of trying to put it right.


But he cheered up after a long lunch break basking in the sunshine, while we discussed deep thoughts about the nature of history and the changing nature of moral values over the centuries, and to what extent we can impose our own moral judgments on past society. 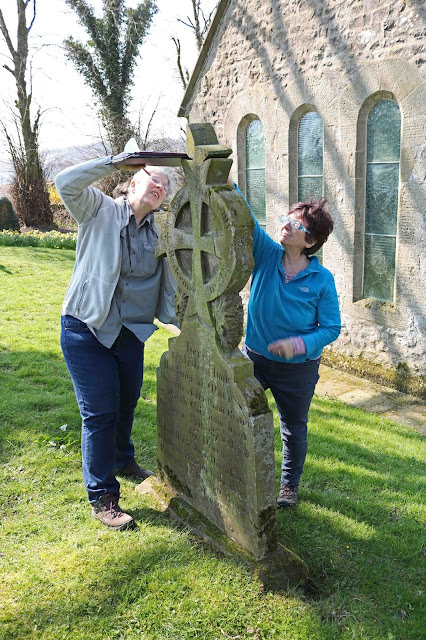 We had a short afternoon continuing the general surveying that had been going on through the morning – measuring, recording and photographing gravestone by gravestone. We only had one visitor to the churchyard but Sue had a nice, interesting chat with her. It’s always a bonus when visitors are interested in our churchyard project.


Overall, despite the RTI setback, we had a good day.


On Thursday 4th April Chris Lunnon presented his talk on “Famine, Fear and Fire”, to the Upper Wharfedale Heritage Group, and launched his publication on the same subject. Over the past 3 years or so, Chris has been translating the Bolton Priory Compotus of 14th Century accounts from the medieval Latin – a huge task in itself – and then extracting and analysing data relating to our two townships of Embsay and Eastby.


What he had revealed is an extraordinary story of the local aspects of the devastating crisis which hit Northern England during the early 14th century – a generation before the notorious Black Death hit England, a series of crises – poor harvests, bad weather, livestock disease, epidemics, conflict with Scotland resulting in crippling taxes and the ferocity of Scottish raids – had already undermined the stability of social and economic life.
As Lord of the Manor of several townships in the Craven area, Bolton Priory had to deal with the effects of these events, and their accounts provide an insight into how, long before the Black Death, the entire economy and social structure of villages like Embsay and Eastby were fundamentally altered.
Posted by Upper Wharfedale Heritage Group at 16:11 No comments:


Last week three of us went to Kettlewell to survey the tiny little burial ground attached to the former Wesleyan Chapel. The chapel was closed down the 1980s and converted into residential, but happily the gravestones have been left standing. 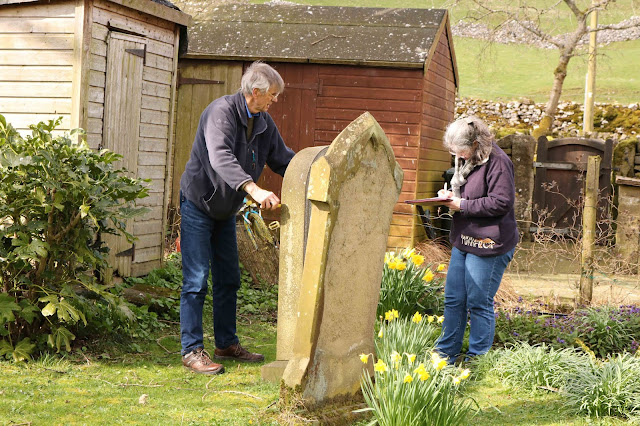 This is now someone’s back garden so we were very privileged to be allowed to carry out the survey. It took less than a day – just 8 gravestones are standing.


We carried out some RTI photography on 2 of the memorials – but a third illegible stone was far too badly eroded for it to be worthwhile.


It was a perfect day for RTI – a cloudy, fairly dull, dry, still day. 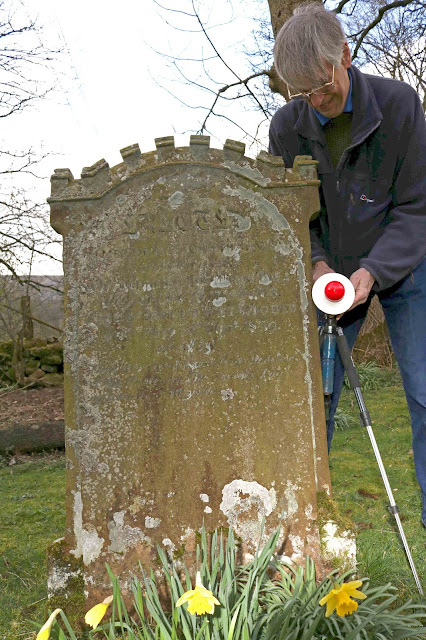 One of the memorials has an interesting crenelated crest, while the others are fairly standard examples of Late Victorian memorials. The badly eroded memorial was obviously of a low gothic design, while the others are simple, modest designs with minimal decoration – three of them bearing a band of the same style of an abstract rosette. 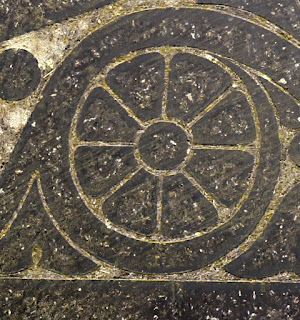 The dates of the memorials range from 1862 to 1914. It must be assumed that even taking into account the un-marked burials – only about another 8 - most of the chapel congregation may have been buried at the parish church.