Today we entertained the cheeky robin again as he watched us with great curiosity going about our churchyard survey. 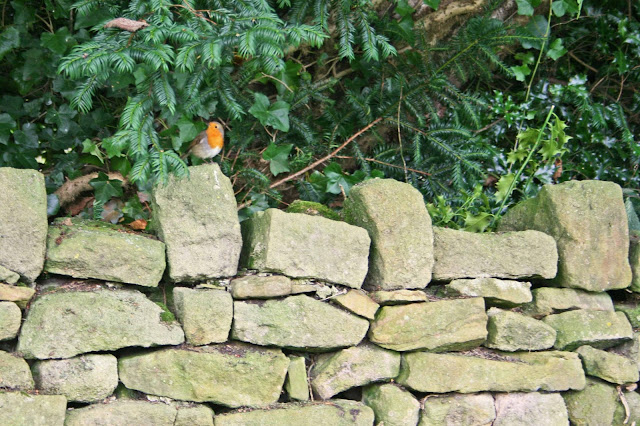 We are still working our way across the large area on the north-east corner where there are rows of un-marked graves. 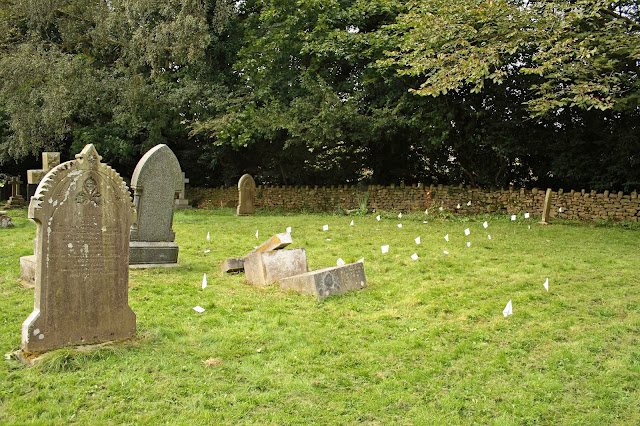 We ended  up with a sea of white flags marking them out in their approximate positions according to the burial plan.


The main challenge today was a collapsed monument which had been a cross on a large double-tier plinth. Many of the lead letters had fallen off, and some of the inscriptions were hidden under the tumbled cross, which was too heavy to move.

Alan also wanted to have another go at RTI photography on a memorial stone which similarly had the inscription made from lead letters. Although we have had great success using RTI - even on memorials where the lead letters have completely fallen away - this particular gravestone had not come out well from last week’s photographs. Perhaps the surface of the stone was too pitted to allow enough distinction between stone and lettering. Let’s hope this week’s photographs turn out better. 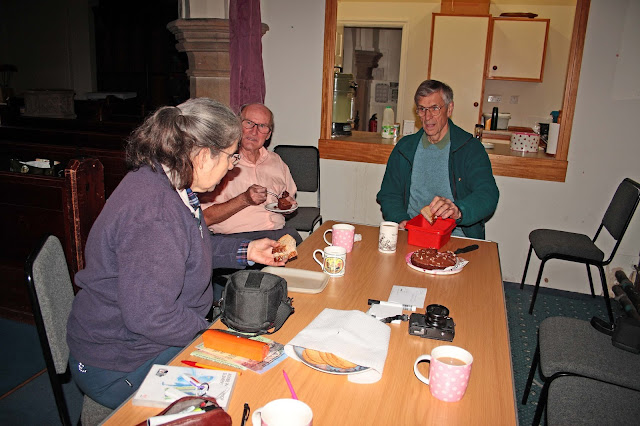 Our good intentions to resume surveying after our afternoon tea break (thanks for another delicious chocolate cake, Jennifer!) came to nothing as it started to rain about 4pm, so we called it a day.

After the amazing thunder storm last night we enjoyed an Indian summer today. It was very hot, and in the afternoon the bright sunshine even made the photographing of some of the gravestones almost impossible as the light bounced off the camera lens.

We did well – fortified at lunch-time by Jennifer’s wonderful home-made chocolate cake (baked to perfection, despite the power cuts last night!) - still working on the North side, continuing with the general recording and surveying of memorial stones. One or two stones were also photographed with RTI during the morning. 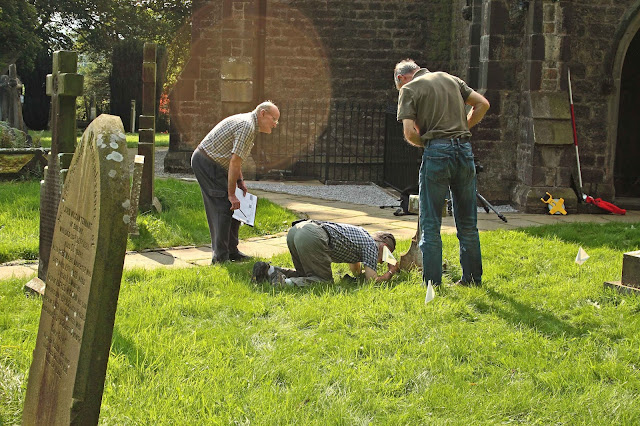 A small cross memorial was having a haircut (cutting back the grass at the base to enable clear photos to be taken), when it was discovered it was in fact a deeply sunken stone. Careful (very careful!) pushing back of soil and turf revealed much more of the inscription. So that was a nice addition to the records. Needless to say, we put it all back as it was before.

The wasps were still flying in and out of their underground burrow – they seemed a bit dopey, so we kept well away. Hopefully they will soon fly away once the autumn cold starts, and we can start recording that area of the churchyard.

In the meantime, watched by a curious robin, we focused on the large “empty” spaces in the north east section. Of course, these aren’t really empty – they are full of un-marked burial plots. We are lucky in that we have a burial plan where the names of the people buried here are given and marked on the grid. How to record all these?
We use white flags to mark out the plots (using the plan - and assuming an average area of about 3x6ft per plot - as a guide) and record them on our field survey forms (jncluding triangulation data) with the names known. These are each photographed separately for the files, in close-up and in a wider “landscape” context, and then the whole line of flags is photographed together. A copy of this last photograph will be copied into the photo-folder for each un-marked grave.

Posted by Upper Wharfedale Heritage Group at 13:33 No comments: