On Friday evening, 4th October, ERG member David Turner gave a talk at Embsay Village Hall. It was an excellent presentation based around a little card lent to him by local resident John Smith. An intriguing little note scrawled on the back of an invitation to a  Victorian musical soiree launched David into a fascinating journey as he researched the man who wrote it and the possible story behind the note.  His research was, as always, very thorough and the result is a lovely story, although still full of questions which may never be answered. Everyone enjoyed the evening and there was quite a buzz over the coffee and biscuits afterwards.

David will be giving the talk to other local societies over the next few months (see dates below) – hopefully the story will be posted on the UWHG website’s Embsay Pages early next year.

Chris, Jane and Alan met up at Halton Heights and set off on the long march up the footpath over Barden Moor, passing several boundary stones on the way.

Our aim was to get to Dolly Roggin, a large boundary stone on the edge of Embsay parish. It has already been surveyed, but not photographed in detail.

Dolly Roggin is a huge earthfast boulder that stands at the junction of Embsay, Rylstone and Barden parish boundaries – it’s an impressive stone on a sheltered hillside with a good view of Upper Barden reservoir below.  An iron fence post was embedded in its top face, probably in the 19th Century, and further similar metal fence posts can be seen nearby. 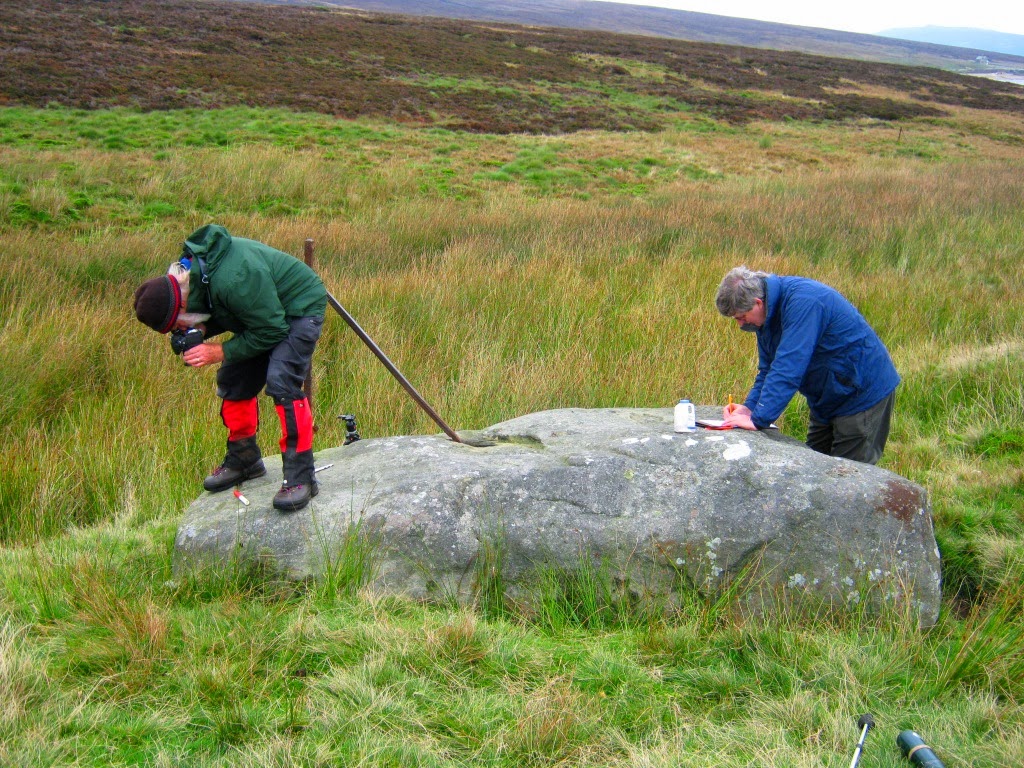 We enjoyed a leisurely packed lunch before Alan set about carefully photographing the stone in detail and overview. The sun same out for a few minutes here and there, but the light was mostly rather grey as brooding clouds hung overhead.  We returned from our visit to Dolly Roggin via the boundary stone t Peggy West’s well, one we had surveyed and photographed several months ago.

As we approached the end of our walk of course the sun came out and the temperature rose. A chilly autumn day suddenly became an Indian summer.


Posted by Upper Wharfedale Heritage Group at 15:52 No comments: