Tony and I (Sue) attended a Church of England conference at York recently about churchyards, which are now being seen very much as a heritage asset, not only for family history research, but telling the social history of an area, village or town. That they need to be cherished.


A recent visit to North Norfolk allowed us (Sue, Tony and Jennifer Stearn) to explore local village churches in the Blackeney area and their graveyards.
Some of the medieval churches are like Cathedrals and reflect the wealth in the area at that time. 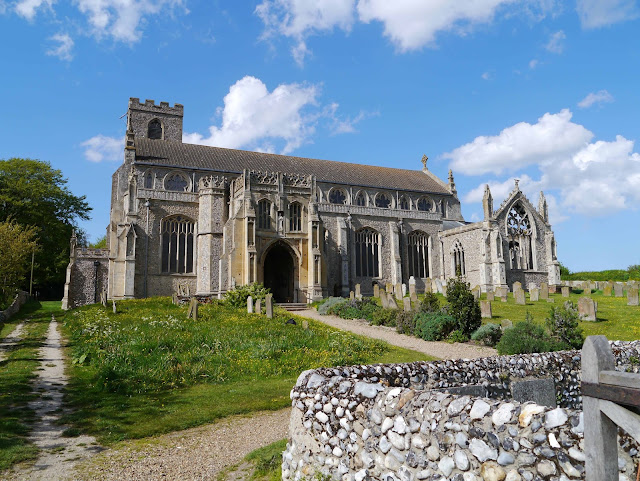 Above is a photograph of St Margaret Church, Cley, and below, a box tomb in its churchyard made with flint, a local stone. 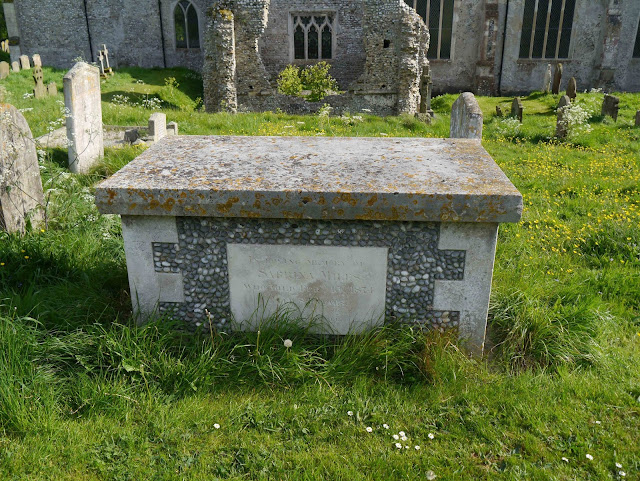 Cley was once at the harbour mouth of Blakeney Haven, the great north Norfolk conurbation of ports, where the streets thronged with wealthy merchants and their workers. The port no longer exists due to silting. 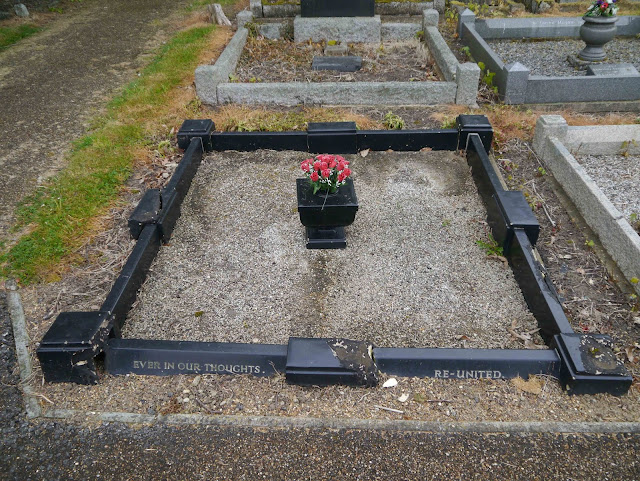 On our way to Norfolk we also visited another St Margaret's church, this time in Sibsey, Lincolnshire, where family members are buried. I noticed that one grave was made of ceramic, painted black to resemble black marble. We also have one in St Mary's, Embsay - but I have never seen another until visiting Sibsey. They both date from 1930 - 1940's.
Sue Stearn.

Posted by Upper Wharfedale Heritage Group at 16:02 No comments:

Friday 7th July 2017
I returned from holiday a few days ago and naturally spent some time photographing gravestones – as you do!

We were on the lovely Hebridean islands of Islay and Jura, where there are many old burial grounds and chapel ruins as well as still-active churches with graveyards.

The population of both islands fell dramatically from the mid-19thC and the result is that many chapels are now abandoned for lack of a congregation. Some of their graveyards continued to be used for many decades, however, sometimes until very recently indeed.

The Scottish weather and geology of the local stone used for headstones has resulted in a large number of the gravestones now being badly eroded or otherwise illegible – the lichen covering many of them is lovely to look at, but is often so thick it completely obscures the inscriptions.

Still, some admirable work has been done by others and many of the inscriptions are freely available online.
For example, see the following website: http://homepages.rootsweb.ancestry.com/~steve/islay/cemetery/cemindex.htm
There are certainly regional forms and styles here which I haven’t seen in Yorkshire, or even in Sutherland in the far north of Scotland, but I know can be found across the Argyll region, including the mainland.

And of course, there are many examples of mass-produced designs from the Victorian and more modern periods which you can find anywhere across England and Scotland. Nevertheless, even on the modern memorials there are some distinctly Scottish trends.

For example, the practice of proudly displaying the family surname, either prominently on the plinth, or as an initial letter within a crest or shield at the top of the headstone.
Celtic revival motifs are also, of course, very popular, especially from the late Victorian period, and continue to be to the present day.

The Scots are very fond of engravings on their modern headstones to individualise the person being commemorated. In the Highlands I have always found many touching and beautiful depictions of favourite motifs, scenes, pets and hobbies which catch the eye and sing out to you that here is someone who was loved, and was a unique person worthy of remembrance. We find these in many English graveyards, of course, but the Scots seem to be more free and uninhibited with them.
Over the coming weeks I shall be looking closely at my hundreds of photos of Islay & Jura headstones to see how they compare to those of the Yorkshire Dales.