They said it would rain by lunchtime but in the event we had a very pleasant summer’s day until we left at about 4pm.
Tony and Alan did some more RTI photography.

Meanwhile Sue and I worked on the North side, spending most of the morning cleaning up and exposing the kerbstones of three grave plots which had become completely enveloped in moss. Two of these were unusual in that they were made up of natural limestone rocks. 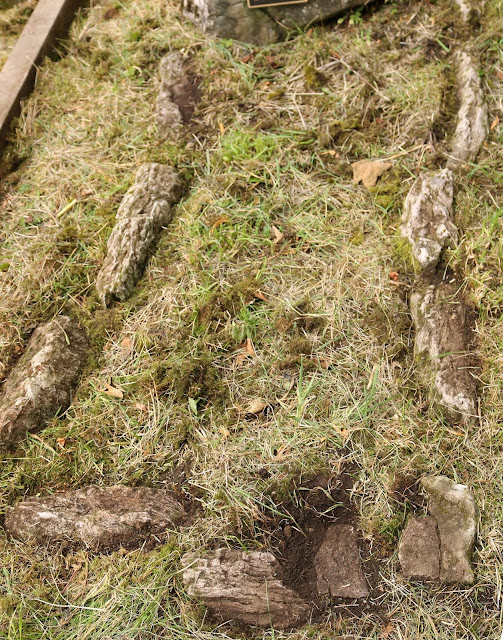 We had several visitors today – the senior sidesman stopped by to help us sort out some queries on grave-ids; we had a very nice chat to a passing hiker who had a particular interest in family history and was curious as to what we were up to; two hikers came to see the memorial to cavers who died at Mossdale in 1967; a family on holiday strolled through as part of their leisurely exploration of the village; and a local resident chatted with us when she came to tend a grave. It served to emphasise that any churchyard, no matter how unassuming,  is such an important local asset – as much there for the sake of the living as for the dead.
Jane Lunnon